Disclosure: This post contains some affiliate links (at no cost to you).

My daughter, Chrissy (a former Montessori child), and I are partnering to bring you a series of Montessori-inspired printables. The printables are typically themed and use a number of Montessori principles (although you don’t need to be a Montessori teacher or homeschooler to use them):

To download the endangered animals do-a-dot phonics printable, click here and then click on the file image in the upper right corner of the PDF to save to your computer (just choose where you want it saved).

I used a Multicraft tray, Safari Ltd. Good Luck Minis, and an easel with one of the “e” for endangered animals font cards. I’ve started putting out triangular grip pencils for my 3-year-old grandkids for any writing or drawing they want to do. Triangular grip pencils are a great way to help young children develop the proper pencil. grip.

If you’d like to use a variety of endangered animals, you can find many Good Luck Minis on Amazon. If you’d like one specific type of Good Luck Mini, such as the pandas shown here, you’ll find sets of 10 identical Good Luck Minis at Alison’s Montessori. (Note: You can see another way I’ve used these same pandas in my post with free panda printables and Montessori-inspired panda activities.)

You can use a variety of tools for transfer activities, such as quick sticks, sugar tongs, or toast tongs. (Note: With toddlers, be extra careful to avoid leaving out materials, such as pom poms or glass gems, that could be a choking hazard. I typically keep small objects up out of reach for toddlers and get them out when I’m directly supervising their work.)

You can add erasable crayons or markers to a laminated page for preschoolers to work on tracing skills. I don’t have my grandkids trace letters or numbers before age 3 except with their fingers. Above age 3, I place colored pencils on the tray for children who are ready for tracing work. If you laminate your printable, you can use an erasable crayon like the Melissa & Doug Learning Mat Crayons or Crayola Erasable Crayons. If your page isn’t laminated, you could add a pencil or colored pencils. I often do that. If you only have a 2-year-old or other young preschooler who’s not ready to write letters, you can just leave off the crayon or pencils.

Scroll down to see lots of ideas for using our do-a-dot printables for a variety of ages and themes.

I just used 11 of the mini pandas and showed my  younger granddaughter, Sophia, how to place the pandas on every other dot to have them walk around the letter. It was another way to focus on creating patterns. Here, we did one dot on, one dot off….

Sophia is just 3 years old, so I don’t typically have her  do structured writing activities with pencils. We typically trace letters on sandpaper letters, wooden tracing boards, or our salt tray.

For toddlers, I usually use the do-a-dot printables for vocabulary, hearing the beginning sound of a word, and fine-motor skills. Generally, with toddlers, I’ll just focus on the /ĕ/ sound at the beginning of “endangered.”

For a phonics lesson with young toddlers, I might casually say that endangered starts with /ĕ/ (the sound, not the letter name). This is just to introduce hearing the phonetic sound. I don’t focus on the letter “e,” although I use the printable that we already have available. We often focus on the child hearing the beginning sound by saying something like, “Endangered, /ĕ/, endangered.”

For young children in general, I might say that endangered means that some animals are in danger of becoming extinct or disappearing forever if we don’t take special care of them. We also read a variety of books about endangered animals to help with any endangered animal activities. I adapt the words in many books for my younger grandkids. Behind Sophia, you’ll see:

Both of my 3-year-old grandkids love working with sandpaper letters and letter sounds. With preschoolers who are learning their letter sounds, we follow the order shown in this post along with adding the featured letter. I don’t worry about going out of order for the monthly theme.

If you want to know more about how to introduce the /ĕ/ sound, check out my post on how to teach letter sounds using Montessori principles.

I only use printables with toddlers and young preschoolers that can be used for hands-on work, such as do-a-dot work, scissor cutting (cutting strips), or another type of printable that can be made into a manipulative. Printables when used with manipulatives are great for fine-motor development, work on important skills, and fit with the hands-on activities that are developmentally appropriate for toddlers.

I focused on the proper formation of the letter “e by tracing it in the salt tray shown here. (You can read about our salt tray here.) I help guide Sophia’s hand once to show how to form the letter. Later, I let her make whatever designs she wishes. I also let her play with the animals from the Safari Ltd. Endangered Species Land TOOB in the salt tray!

If you would like help with introducing phonetic sounds, introducing objects with sounds, or beginning phonics in general, check out my DIY Beginning Montessori Phonics with Preschoolers.

As always, adapt your presentations for your unique child!

Free Endangered Animal Songs and Educational Videos {Save the Animals}

Free Do-a-Dot Printables and Ideas for Using Them

Note: I’ve arranged the following gallery in alphabetical order, although some posts have two do-a-dot printables (and two different letters). You’ll find at least one free do-a-dot printable for each letter of the alphabet!

Also, I don’t introduce letters in alphabetical order. You can find out the order in which I introduce letter sounds here. I deviate from that order for our unit studies, though, and focus on a letter that’s simply related to our unit. That’s in addition to our other letter work.

You can see all our free do-a-dot printables with the latest at the top here. 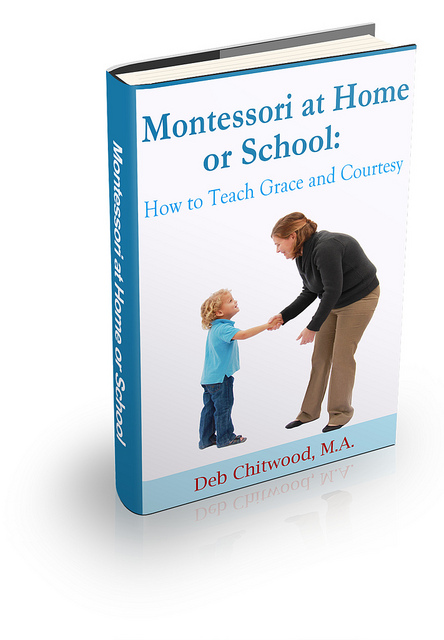